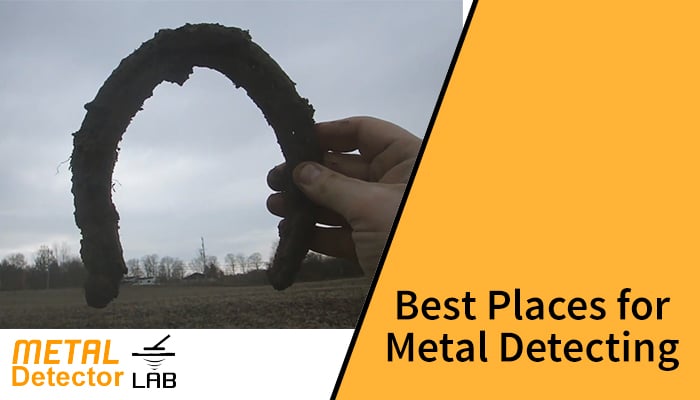 Historic homes and buildings have a wealth of potential for the hobbyist, from buried coin caches to silver household items. Even old gardening beds and outhouses may be promising spots. Search under old trees for buried stashes or under porches for coins that could have fallen through the cracks. The key to success here is to first obtain permission.

You might surprise yourself with treasure hunting site ideas if you think outside the box. Consider past events and local legends. Have you heard of a historic farm that was formerly operated by wealthy inpiduals but is now abandoned? As a treasure hunter, it is prudent to be opportunistic. Take advantage of valuable information and use it! As an example, people frequently hid their savings and possessions years ago. Households didn't trust their assets to a bank during the Great Depression, so they kept valuables in secret places to keep them safe. They might have used loose planks on the floor, loose bricks on a wall, or the attic to conceal cash, jewelry, and other valuables. These are excellent locations for serious metal detecting if you can access an abandoned homestead. (Always seek permission before doing anything!)

Keep an eye out for changes in the environment around you. When the city tears the sidewalk, or the utilities lay new tubes, search out areas that are normally unavailable. When fiber optic cables are installed in city streets, trees, bushes, and pavement are frequently dug up. Soil that used to be 2 meters underground has now risen to the surface. People have found valuable old coins and artifacts as a result of their efforts. You'll notice that there are plenty of “ripe for the picking” locations to search right around your own town.

While the majority of public parks do not require permission to metal detect, some cities do, or a permit may be required, which can be obtained for a few dollars at your local parks office.

Although I've made most of my best metal detecting finds on private property, I've also discovered rare silver and copper coins, as well as antique items, in older parks.

Parks in remote areas are typically have more readily available treasures, but give you the opportunity to look a little longer before you find them, requiring you to be patient and keeping you from becoming exasperated. Parks are cluttered, but with the right detector, you can unearth more treasure than trash.

Was your town a former Civil War battleground? You may already know that your town was at the center of one of the key battlefields of the civil war. You may know inpiduals who will allow you to search on their land, or you may be the owner of property.

However, you do not have to be at the epicenter of a battle to discover Civil War relics. You can follow historical documents to determine the route taken by soldiers on their way to battle. You have a chance of discovering artifacts at any point along their path. 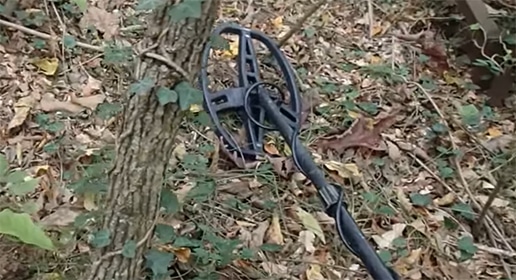 Historically, woods have served as gathering places, and footpaths have carried a variety of users over the years, including joggers, horseback riders, and backpackers.

People didn't always have access to automobiles to get around. We used to walk around with our belongings on our backs in previous times. Consider how many years we've avoided using motorways in favor of footpaths – that'd be a lot of human movement and a lot of possible dropped items.

Walking paths and woodland are excellent areas to detect, but you should still ask permission first. A ‘public footpath' does not necessarily mean it is on public land; it may be a historical right of way that runs through someone's house.

When scanning a path, go all the way to the sides and beyond. Footpaths have narrowed in since we've utilized them less often. When we moved on foot, they were most certainly much larger.

Various treasures are often found in abandoned homes, churches, and other buildings. Be sure to search the areas around old buildings, as well as under and around large trees where people might have found shade in the past, and also within the building itself, where you might discover treasure under floorboards or even in the walls. You may need to conduct some research to locate these types of websites, but the time spent will be well spent. 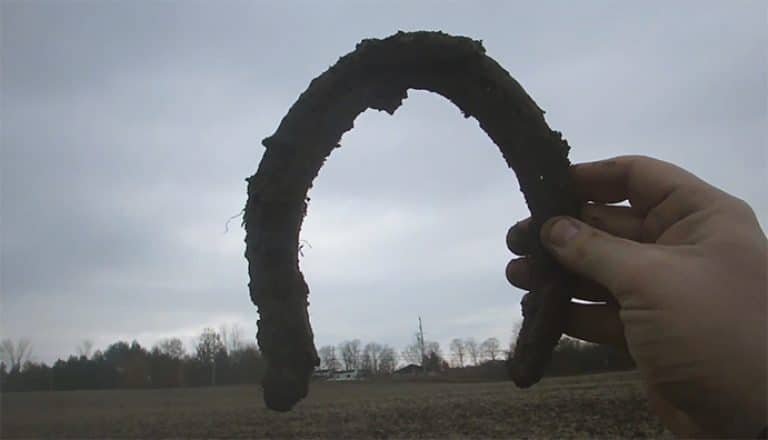 Many farmers will allow their farms to be searched after harvest and you may be shocked at what you find. Farms may be a wonderful place to use your metal detector to discover coins, relics and other lost or buried objects over time. If you live on the East Coast, you can find some interesting Civil War things, as many battles took place in fields.

On an older farm, you could come across antique tractor pieces or buried deposits. Be sure to search the fields' corners as well.

Looking in fields isn't the only option; farms also have interesting pathways that can yield results. Look on both sides of narrow roads or paths for items that could have been dropped. Interesting treasures may be hidden in gaps or hollows behind fences and large trees. Coins or other small things can be hiding in old, deserted barns or cottages, ready for you to discover them. One thing to remember: always seek permission before metal detecting on land you do not own.

At the beach, it's easy to lose things due to a mixture of water, slick sun lotion, and intense sports.

This ensures that each day, jewelry, coins, and other valuable items are replenished. Beaches are among the best locations to hunt because of the tidal forces that reveal older objects.

Metal detecting is permitted on most public beaches, though you may have to apply for a permit. Private beaches, on the other hand, need written permission.

Although it is nice to share metal detecting opportunities with friends, the only thing that makes beach metal detecting a competitive hobby is that it is. Take the best chance to locate a valuable item later on busy weekends or after storms.

Pro Tip: Tides have a habit of washing several objects into pockets. After you've found an object, keep scanning because there might be more in the same spot.

Churches often exist in the same place for centuries, even if they are rebuilt several times. As a result, they're great places to look for both modern and antique jewelry.

You one should always seek permission before searching a cemetery. Doing so is arrogant and will almost certainly result in your eviction.

Instead, focus on potential places for people to sit or walk. Start by looking at the ground around large trees and pathways.

People have a habit of leaving something behind when they go camping. Make the most of it by going on a treasure hunt through these regions. There are numerous significant finds throughout the region.

However, they are also clogged with garbage. You can also go when there aren't too many people around, because it would be difficult to catch any clear signals.

There are only a few of the best locations for metal detecting. To avoid wasting your time and money, plan ahead where you will look for gold and silver jewelry or other things.

Today's roads and urban areas do not always accurately reflect the locations of people's homes and workplaces in the past. It's not unusual to find cellar holes or the remnants of former cabins in the woods in many locations, only waiting to be rediscovered. It is possible to discover almost anything here, but you should not get discouraged if you do not find anything at an old site. 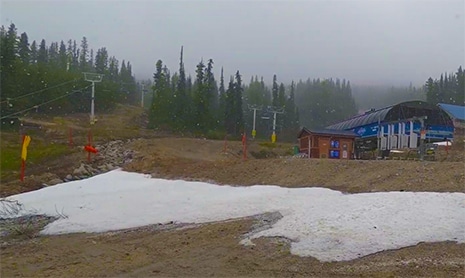 The base and end of ski lifts are excellent locations for fallen jewels. The cold shrinks a skier's ring size, and then when they take off their gloves to tighten or unfasten their equipment, the rings fly off, disappearing in the snow until you discover them during the off season.

Additionally, you can metal detect along the ski lift paths, as skiers often start messing with equipment and take photographs mostly during ride to the top.

Seaside boardwalks may be a good place to look for items because they were likely submerged by water at one time or because the high tide now throws objects behind the boardwalks.

There's plenty of opportunity here to find some old wedges, relics, or gems. However, ensure that you're using a beach-safe metal detector to increase your chances of detecting something.

Cellars and foundations of buildings are ideal locations for metal detecting because they are typically partially excavated and can contain artifacts from when construction started or from previous renovations.

Having access to a construction site, a friend's basement, or the foundations of a house, when you can obtain permission to metal detect, will provide you with an incredible chance to find some truly fascinating items.

Beginning metal detecting inside your own cellar is among the easiest ways to get started. See what you can find around the circumference of your home's base or around cracks in the foundation.

Buying a treasure guide for your state or region is another way to find great places to metal detect in your area.

These can be found at a nearby metal detecting store or on Amazon.

Although these books can contain a wealth of material, much of it is useless since many of the places are off-limits or need special approval or a permit. They are, however, a lot of fun! 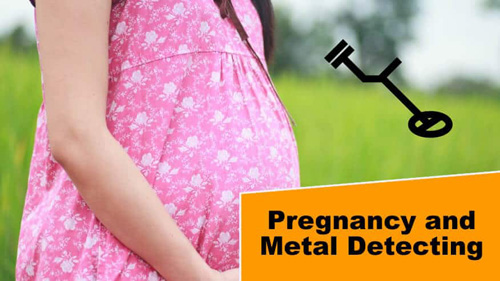 Are Metal Detectors Safe During Pregnancy? 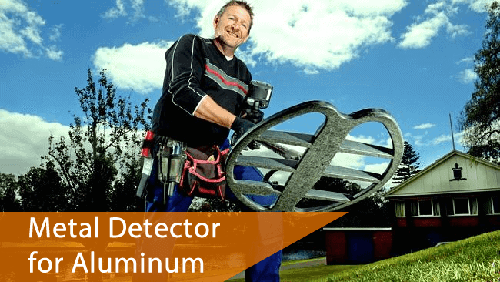 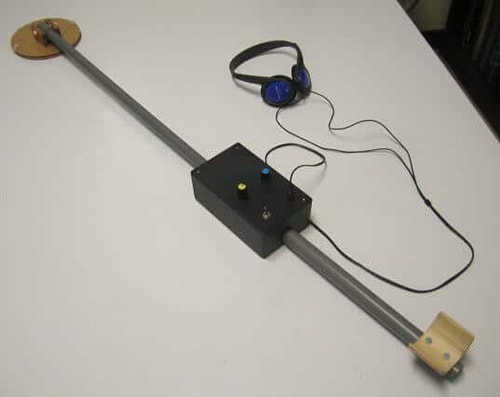 How to make a Metal Detector 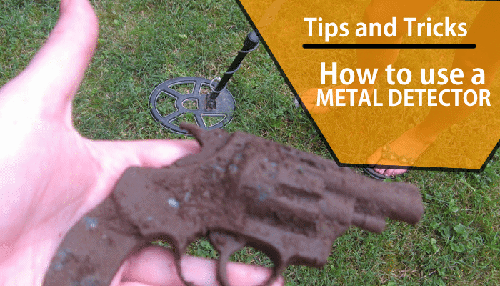 How to Use a Metal Detector 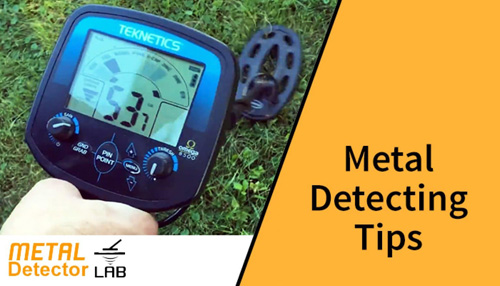