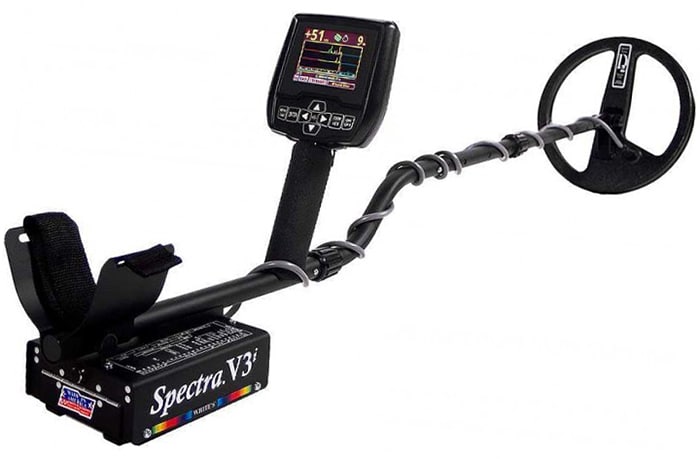 White's Spectra V3i was launched in 2009 and was phased out in 2020. White's Spectra Vision, or simply White's Vision, was the original name for the V3i. Both the original Vision and the V3i versions had software problems. Updates were produced, and the last White's Spectra V3i model was released, which is still in production today. By sending the detector to White's Electronics, all previous versions could be upgraded to the new V3i program. All this leads to a lot of model uncertainty when buying used detectors because it's not always apparent whether or not a model has been revised.

The White's V3i is distinguished by a number of features. One of the most noticeable was the use of a very bright high contrast color screen, which was still ahead of its time as compared to everything else on the market at the time. The V3i pushes screen customization to new heights that, frankly, are unlikely to be matched in the near future. 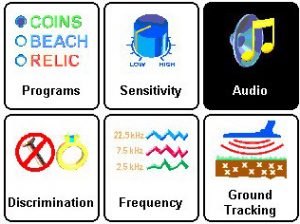 The V3i was one of the first metal detectors to have a patented wireless headphone system, which was intended to eliminate the latency problems that plagued aftermarket solutions at the time. The wireless system was supposed to allow communication through a plug-in adapter that would allow the V3i to be programmed using software on a PC. This turned out to be one of the White's V3i's unrealized disappointments. After initial issues were resolved, the headphone device worked quite well, however the system's proprietary design restricts the number of headphones available to a single product.

Soil conditions are unlikely to support running at maximum gain with TX Boost engaged in this air test, but it would perform in milder ground. In reality, Transmit Boost works against you in bad ground and drastically reduces battery life.

In the end, the V3i is primarily a coin and jewelry detector, and I would not suggest it to anyone wanting to buy a metal detector to search for gold. Other devices, such as White's own GMT or MXT, can be had for half the price of nugget detectors and are much more realistic. If you do own a White's V3i, you can rest assured that it can be used to locate gold nuggets. It would be particularly useful in milder ground with a lot of ferrous trash, where its advanced discrimination capabilities could come in handy. The V3i may struggle in more mineralized ground because its ground balancing system isn't up to tracking in bad ground, and manual changes can be difficult due to the ground balance system's control system. The monitoring must be “locked,” and minor offsets to the locked setting are the only manual adjustments that can be made after that. This isn't an issue for standard metal detecting; I'm referring to gold prospecting in highly mineralized rock. If there's a flaw in the V3i, this is it.

The V3i metal detector brings customization to a degree that is unlikely to be surpassed in the near future. With easy access to many system functions that are concealed in other detectors, the V3i is a metal detector engineer's dream detector. With the right amount of programming, the user can theoretically build almost any detector they want. However, real usage has shown that the sheer number of functions and their interactions build layers of complexity that confuse the majority of users. With its factory preset programs and a little tuning, the V3i can be run very well, but at the end of the day, it represents function overkill. It's a wonderful detector for those who like tinkering with their detectors, but most metal detectorists prefer something simpler that just gets the job done. The VX3 was a response to this, providing similar functionality but with less features. I believe the V3i to be a high water mark in terms of feature overload, and I doubt anyone will try to outdo it in the future, for the simple reason that doing so is not a sure path to sales success.

The V3i is one of the most capable jewelry detectors ever produced in my opinion, particularly when combined with a great coil. The White's V3i is a jewelry hunter's dream machine, with the ability to customize both the screen and audio responses, as well as extended target VDI ranges on jewelry style targets at higher frequency ranges. However, people using simpler and less costly detectors will obtain similar results.

A 10″ round DD coil is included with the V3i. One of the design objectives was to be able to use coils that were already available for White's DFX and MXT versions, known as the Eclipse series. The V3i succeeded in achieving this goal, but the potential to use a transmit boost feature was limited to newer models of “V” rating coils. When transmit boost is used, coils which are not V rated can overload. This is a bit of a non-issue because there's rarely a need to use transmit boost, but it does seem to bother a large number of people that non-V rated coils aren't performing up to par. Each of White's coils is serial numbered, and the serial number is stamped into the coil's mounting ear. The coil is V valued if the serial number begins with the letter “V.” In this scenario, aftermarket coils would've been particularly suspect. Some excellent details on Spectra coils can be found here.

The V3i comes with a 10″ round DD coil, which is a good coil. The Eclipse DD coil (6″ x 10″), on the other hand, is probably the best all-around prospecting coil for the V3i. The sturdy structure is less likely to break under the weight of stubble, and the narrow design makes it easier to get into tight spaces. The Shooter DD coil measures 4″ x 6″ and is ideal for trashy areas and small gold nuggets. The massive 12″ concentric coil, and even the smaller 9.5″ concentric coil, struggle with intense ground mineralization, and the 12″ is too big for many other activities, such as coin detection in trashy areas.

TX Boost is a special feature on the metal detector. The signal obtained by the searchcoil is greatly amplified in this mode. When hunting for treasure on heavily mineralized soils with TX, the detection depth increases, but the accumulator activity period decreases in proportion, and can be as low as 50%.

Get extra search coils that were specially designed for V3 to ensure that coils work properly.

The V3i is a multi-frequency metal detector, running at 2.5 kHz, 7.5 kHz, or 22.5 kHz, either individually or all three at the same time. This is a one-of-a-kind product on the market today. 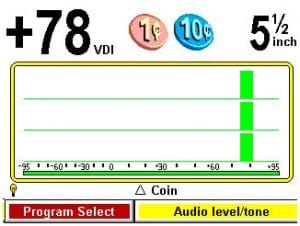 When a metal is identified, the VDI will display a number that will assist you in determining the hidden metal's target ID. To ensure that the metal target's ID is confirmed, another icon appears next to the VDI. Remember that the metal detector has eight different search modes, and the icon that appears depends entirely on which one you want. You can, for example, configure your system to only detect gems, gold, or prospecting mode.

The target's depth can also be seen on the screen, which is useful for pinpointing your targets. If the water is deep or shallow, the system can assist you in determining the exact position. The VDI value and relative intensity of the frequencies used during target detection are shown in the SpectGraph.

Using headphones, the audio is in Stereo Mixed Mode. The channels are divided such that one ear hears All Metal mode and the other hears Discrimination mode.

The V3i's menu system has a variety of choices that make it simple to navigate while making changes. Discrimination mode, ground monitoring, frequency adjustment, sensitivity settings, audio balance and the metal detector's main programs are all located on the main menu. These areas have unique features that allow you to tailor this device to your specific needs and preferences.

Over the years, I've owned a number of metal detectors and White's V3i is one of the favorites that I've owned to date.

The V3i is perhaps best suites to those who are familiar with menus and computers. It is one of the most customizable metal detectors on the market and I can search in places where some of my previous detectors couldn't even get close.

Changing frequencies and offsets is a simple way to defeat EMI (electromagnetic interference). Almost any condition can be changed with ground monitoring. There isn't a more customizable detector on the market today.

It is difficult to grasp and needs time to master. This will find many things which others will not be able to find if you take your time to master it. 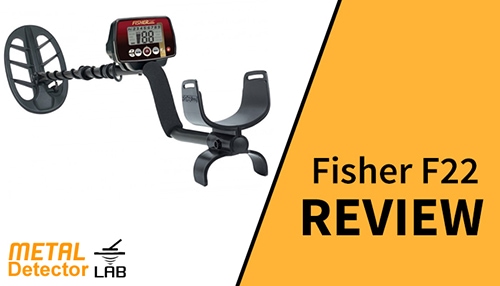 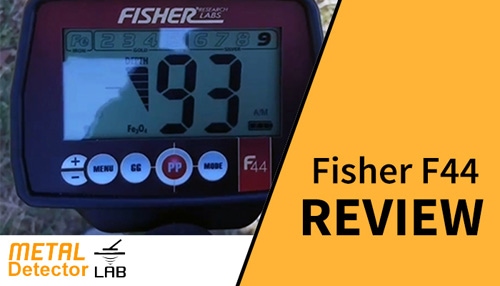 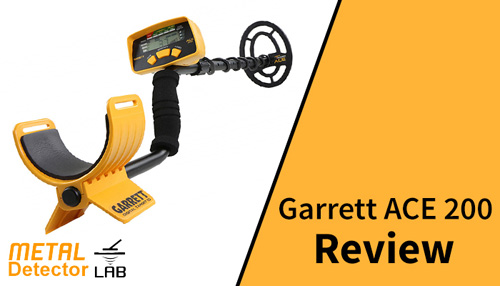 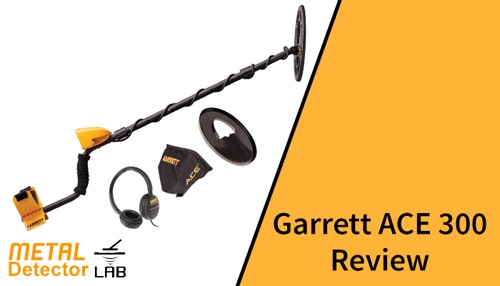 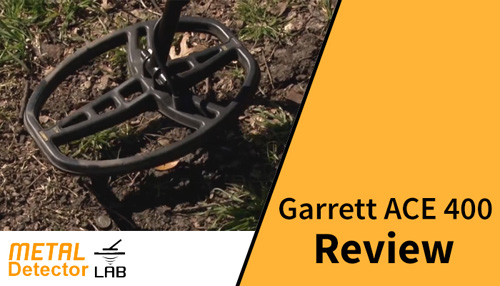 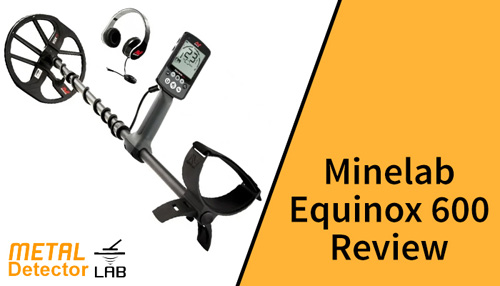 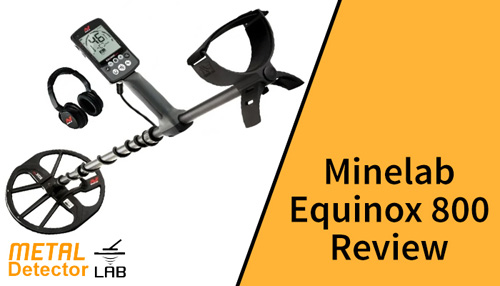 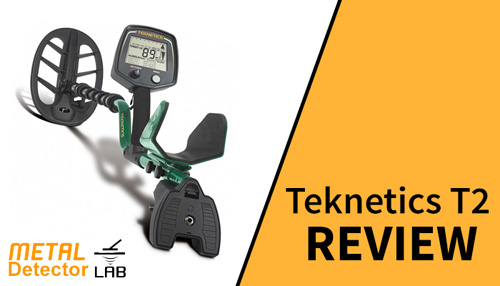 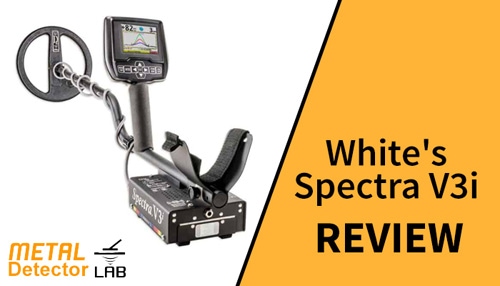